June 16–The Wind in the Willows by Kenneth Grahame AND The River Bank by Kij Johnson.

Our next book discussion will be on June 16, 1:30 PM, at Southeast Library. The Wind in the Willows is a children’s novel by Kenneth Grahame, first published in 1908. Alternately slow-moving and fast-paced, it focuses on four anthropomorphised animals in a pastoral version of Edwardian England. The novel is notable for its mixture of mysticism, adventure, morality and camaraderie, and celebrated for its evocation of the nature of the Thames Valley. (from Wikipedia) 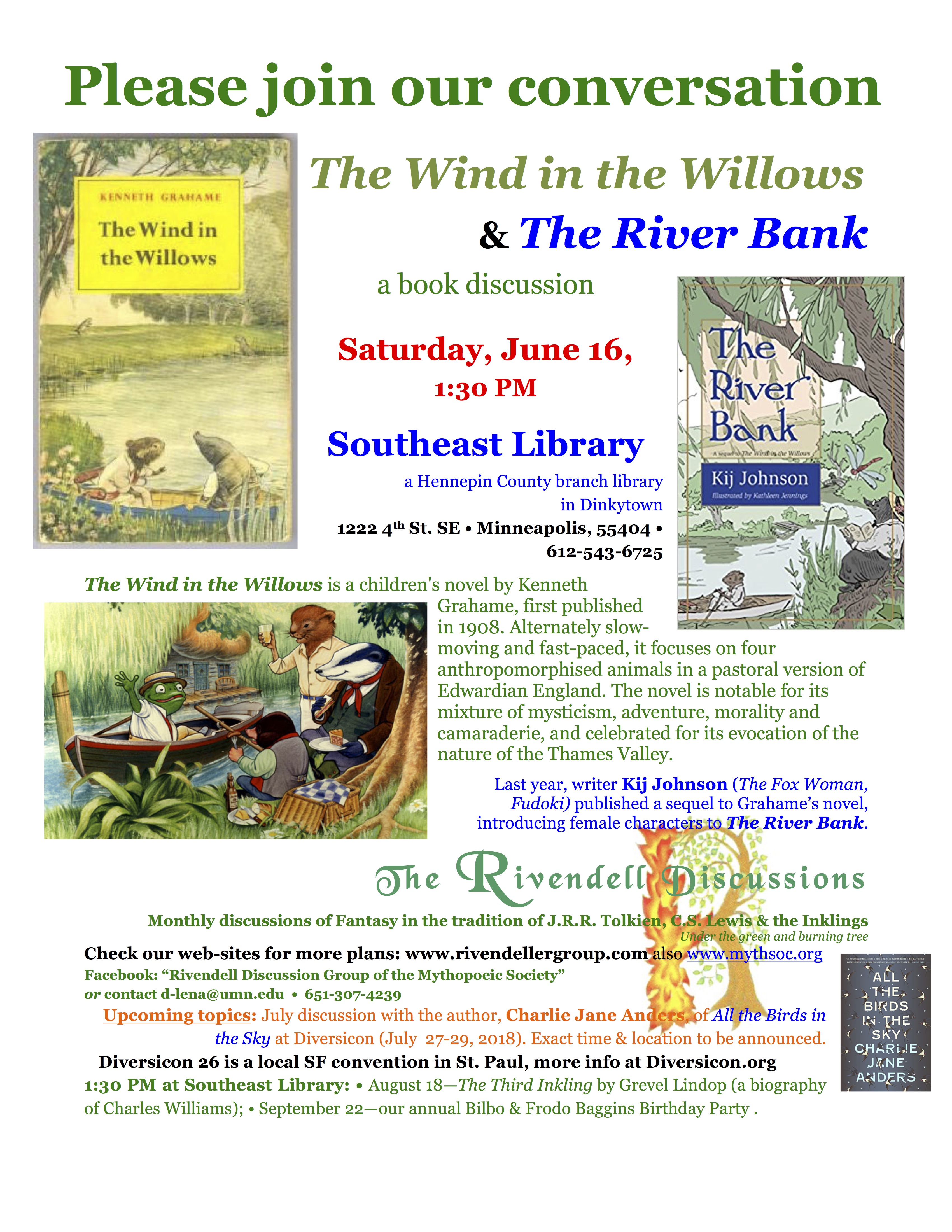