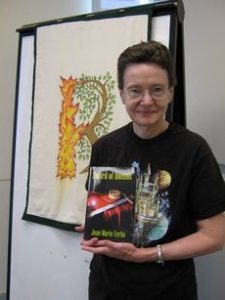 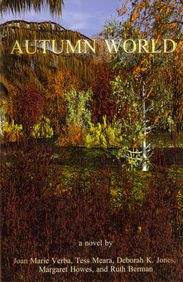 A NOVEL, Autumn World, will be out from StoneDragon Press in 2001. This book is co-written by a group of five authors, including Joan. All of them were once members of a writers’ group today known as the “Aaardvarks.”

Joan is pictured along with other members of The Rivendell Group on the Rivendell home page.

Joan’s report of a Rivendell Group discussion of L.A. Taylor’s The Fathergod Experiment